After 5 days of chase gangster and mafia Vikas Dubey, who with his men killed 8 policemen in UP, was arrested from Ujjain, MP, and has been finally killed in an encounter, fake, or genuine. The report says he died after being critically injured in a shootout with STF officials. He was shot when he reportedly tried to flee, following a road mishap in which the vehicle he was traveling, overturned.

While the majority Janata is celebrating hearing him dead, some good meaning folks on the mainstream as well as social media are arguing about “fake vs. genuine,” “moral vs. immoral,” “the process of law vs. extrajudicial killing,” – and would do so for another day or two. Their assertion is that “dead men tell no story.”

It’s not the first case of its kind. It compels me to recall and narrate another story of a “police raid” at another scoundrel’s home, in detail.

Almost 35 KMs from my village in the Siwan district of Bihar, the dreaded mafia don Mohammad Shahabuddin, alias… ‘Shahabu Miyan’ ruled the politics of Bihar from his village named Pratappur. My district had the distinction of one murder every two days without any outrage in the media. Shahabu Miyan has been charged with several dozens of crimes, voted into parliament three times, and even from inside a jail cell reigned supreme over this lawless district where only the potholes outnumbered his portraits.

Shahabu Miyan became MLA for the first time in 1990 on Lalu Yadav’s Janata Dal’s ticket and then again elected an MLA in 1995. With Lalu Yadav holding sway over the state of Bihar, Shahabuddin’s terror power increased dramatically. He first contested the Member of Parliament election in 1996.

On a day before the polling day, Shahabu Miyan and his henchmen had chased the then SP of Siwan, S.K. Singhal, over half-a-kilometer and fired at him in a bid to kill him. The SP somehow saved his life. Shahabuddin got away while the SP was transferred. Such was his fear and clout that no other political party candidate, had dared to put up their flags or posters. His party office also had a statue of Mahatma Gandhi. Shahabu Miyan easily won the election by capturing the majority of polling booths.

In 1997, Chandrashekhar, a charismatic CPI-ML youth leader from JNU, died in a hail of bullets when he was addressing a meeting on the busy market street in Siwan. Another CPI (ML) activist Chhote Lal Gupta was kidnapped and murdered. Shahabu was convicted for this case in 2007. Shahabu also faced jail pending trial over the murder of Munna Chowdhary, a 17-year-old local political activist whose body was allegedly thrown into a brick furnace.

Laloo Prasad Yadav, Bihar’s de facto ruler, called Shahabuddin his “younger brother” and personally escorted him to file his election nomination. By this time, Shahabuddin was running a parallel administration in Siwan, holding “kangaroo courts” to settle family and land disputes. The mafia don gave two hoots to the police and administration. He thrashed them regularly.

In 2001, one day, Shahabu’s men attacked Siwan DSP Ashwini Kumar. In a few days, Siwan Sadar’s DSP Sanjeev Kumar was at one of matriculation exam centers. Sanjiv Kumar had come with a force to comply with a warrant against local RJD chief and a wanted criminal Manoj Kumar Pappu. Shahabuddin and his posse were also present. Shahabuddin had come to provide “assistance” to one of his “boys” taking the exam. When DSP Sanjeev Kumar tried to nab Manoj Kumar Pappu, in the presence of “MP Shaeb,” the infuriated Shahabu slapped DSP Sanjeev Kumar on the cheek in front of the public. This news was not covered in the media because of the terror of the mafia don.

One can imagine how close was Shahabu to Lalu Yadav from the fact that he was the only person in Bihar, who would sit alongside Bihar CM with a pistol tucked to his waist. No one could have dared to touch Shahabu.

However, a sense of anger and desperation was prevailing among the police officials of Siwan. The Manoj Kumar Pappu episode had enraged the police to another level. That time Bacchu Singh Meena was the SP of Siwan, under whom the police showed unbelievable courage and decided to raid Shahbu’s house in Pratappur.

Shahabu’s supporters have already been sitting prepared. The police didn’t even imagine that so many people would start firing with AK47 and assault rifles at them simultaneously right from inside an MP’s house. It is known that Shahabu Miyan was also leading the attack and firing at the police.

Besides the Bihar Police, teams of Uttar Pradesh police from Deoria were also deployed for the purpose of SP Meena’s request. After a 10-hour long gun battle and more than 4000 rounds of bullets fired, 3 policemen and 8 of Shahabu’s accomplices were shot dead while several police vehicles were burnt down. When police entered Shahabu’s home, they were blown away. A considerable amount of weapons, including Pakistan-made assault rifles, AK-47s, grenades, several 9 mm pistols, and ammunition was recovered from Shahabu’s home.

But Shahabu Miyan managed to escape and reappeared from nowhere a few hours later and declared:

A report on Shahabuddin’s tirade against Siwan SP Bacchu Singh Meena was also published in The Outlook with a similar caption “I’ll kill him even if I’ve to chase him to Rajasthan. No one can save him now.“

The immediate fallout was SP Bacchu Singh Meena, and the DM being transferred the very next day. The matriculation exams were postponed for three days. Siwan came to a standstill. The deaths hardly shocked Siwan, what surprised people was that, for the first time, Shahabu’s authority had been challenged.

Then, of course, began the exercise in the media to play the incidence down.

“Shahabuddin is an honorable Member of Parliament, and we are proud of him. Strong action would be taken against the guilty police officials. Had it not been my telephone call to the Mufassil police station of Siwan, the police would have killed more persons,” said CM Lalu Prasad Yadav.

When asked about the thrashing up of the police officers, Lalu explains: “If Shahabuddin had beaten up the DSP, the police should have followed the due process by informing the headquarters. Legal methods should have been adopted.”

Shahabuddin’s evasion of the law ended when in 2003, a new state police chief, DP Ojha, reopened his file and slapped a slew of cases against him, including his links with rival Pakistan’s spy agency and gunrunners in violence-torn Kashmir. After months of remaining underground, Shahabuddin surrendered with fanfare and vowed to “teach a lesson to madman Ojha. DP Ojha was soon sacked by Lalu’s government.

But Shahabu Miyan narrated no tales. Only the terror continued.

His 2004 Lok Sabha contest was from jail. Over 500 booths were looted on the polling day allegedly on his directions. Despite the re-election, he won the seat. Soon, he was shifted to a hospital on medical grounds. One of the floors of the hospital was reserved for him from where he ran his Kangaroo Court.

On August 16, 2004, Rajiv and Satish, two sons of businessman Chandreshwar Prasad alias Chanda Babu, were doused with acid, and the third was shot dead. The due process of the law continued as from the victim’s side, no lawyer stayed with the case.

It is a shame that we have to remind this cabal about such conveniently forgotten stories. Today, the same cabal of conspiracy theorists, who regularly attempt to portray this rustic criminal Lalu Yadav, convicted himself of many scams, as Bihar’s Nelson Mandela, were found sulking.

Its the same cabal that spun tales around Vikas Dubey – from predicting his escape to Nepal to anticipating his encounter to keep the dirty secret under wrap, to even giving a caste spin to the villainies of the Yogi Govt., they spared no twists. Yesterday the shameless cabal was seeing a conspiracy in Vikas Dubey’s arrest, probably “because of his links.” Today, the same folks are claiming that he was killed to ‘cover-up’ secrets of his political links.

What this cabal in the media will never tell you that after arresting Vikas Dubey in 2017, the Yogi Adityanath led the BJP government had booked him under the Gangsters Act and Anti-Social Activities (Prevention) Act and charge-sheeted him. He challenged this in the High Court and secured an order of no coercive action against him.

Criminals like Mohammad Shahabuddin and Vikas Dubey have been able to subvert the system, of course, with the help from the politicians, the judiciary, and also the same cabal who weave suitable narratives to cover their sins. As for the “process of law,” criminals trust courtrooms more than the victims. Jails for them are retreats from where they safely operate. A simple truth about such dreaded mafias – longer they stay in the game, stronger they become.

I feel sad to confess, but our judiciary is so broke that sometimes one is compelled to justify extrajudicial killing. We must understand that as the nexus between the criminals and politicians becomes more potent, it can subvert the loyalty of the functionaries at different levels in the government, including the police. It is not an incentive of money always, mostly it is the fear of instant death.

The reality is that on the ground, this scoundrel’s encounter creates fear among wannabe Dons, and the ‘Aam Janata’ of Uttar Pradesh must be feeling relieved and safer.

12 thoughts on “The spin around Vikas Dubey’s encounter reminds the Police-Raid at Pratappur, Siwan.” 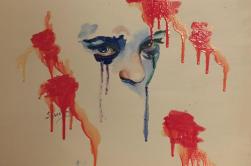 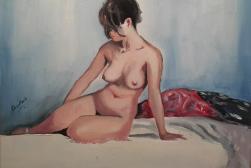 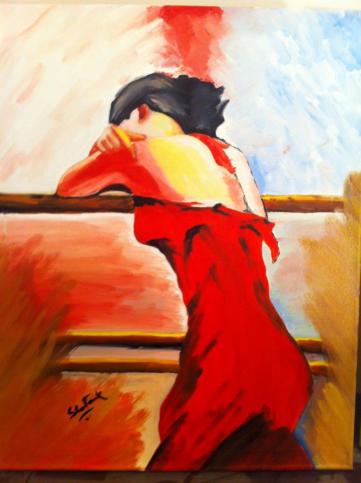 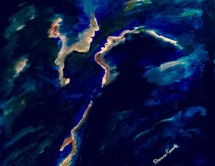