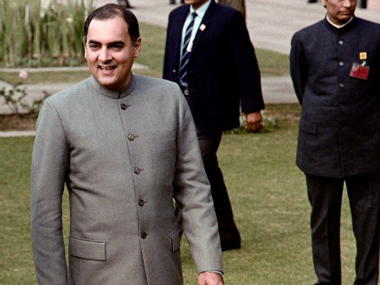 A couple of days back, Prime Minister Modi called late former PM Rajiv Gandhi “Corrupt No 1” at an election rally in Basti. Since then the Congress party and its entire ecosystem are activated to defend and glorify Rajiv Gandhi.

Many Congress leaders including party president Rahul Gandhi lashed out at PM for his comment, questioning the decorum and decency by defaming a man, a Bharat Ratna who died in 1991.

I can bet, the majority readers of this post would have shed a tear for Rajiv Gandhi in 1991, on this assassination. I did.

The issue is that the Congress party and its ecosystem has tried to place the Nehru-Gandhi family above scrutiny, accountability or any sort of criticism and treated them like monarchs. Such entitlement has no place in democracy and is a breeding ground for industrial-scale corruption.

We were told how remarkable statesman, an able administrator, a worthy leader and one of the best Prime Ministers India ever had. Alongside beaming photographs of handsome Rajiv Gandhi, we were narrated about his diverse qualities, pointing out numerous achievements of his first and only reign (1985-1989), namely:

The ecosystem spoke relentlessly about this great visionary, whose name finds its occurrence in almost every government schemes, state varsities, edifices, bridges, and manifestos.

Let us try to know more about our beloved Prime Minister. 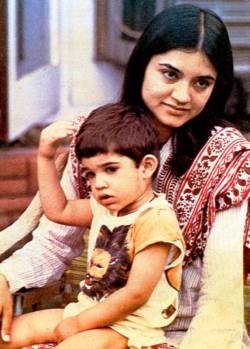 FAMILY MAN: Soon after Sanjay Gandhi’s death, he oversaw his brother’s widow and kid being thrown out of the house. Whatever the actual state of relations in the Prime Minister’s residence was, Indian journals have widely reported a growing rift between Sanjay’s wife and his brother.

At a formal banquet given in honor of Mrs. Margaret Thatcher, while Rajiv and Sonia were seated on the main table with the chief guest, Maneka was relegated to the table meant for the staff along with R.K. Dhawan, Mrs. Gandhi’s personal secretary. Khushwant Singh wrote in detail in his autobiography.

HONEST: “If Central government releases one rupee for the poor, only 10 Paisa reaches them.” – This tells about his honesty… not his failure. Rajiv was honest about how his own party is corrupt, so what he did not punish any.

1984 SIKH POGROM: Rajiv and his party presided over the biggest pogrom in India’s history – Sikhs were murdered across India as a vengeance for the assassination of his mother, Indira Gandhi.

“When a Big tree falls, the earth shakes” – he remarked.

BOFORS:  One of the most publicized scandals in Indian political history, the Bofors scandal marred the image Rajiv, like nothing else. The allegation was that the Swedish company, Bofors, paid Rs. 64 Crore in kickbacks to prominent Indian politicians including Rajiv Gandhi so that they can win the bid for supplying 155 mm field howitzers to India.

CIA document claims Sweden stopped Bofors inquiry to save Rajiv Gandhi and their own politicians. 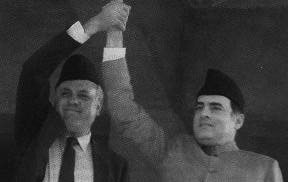 Rajiv-Farooq Accord: By 1987, the Kashmir valley was a fairly peaceful one – much more peaceful than Punjab or Assam. Even the separatists were actively engaged in the elections. But, they were horribly disappointed in one of the worst Indian elections. Internationally it is agreed that the Congress rigged that election to favor its ally – National Conference. The people were so disappointed that it brought the rise of Mujahideen in the valley and marked the start of its terror phase.

Bhopal Gas Tragedy: In almost every aspect, Rajiv’s rule was one of the most disastrous periods of India. He was the Prime Minister when Bhopal Gas tragedy (world’s worst industrial disaster) struck hat claimed thousands of lives. Rajiv Gandhi aided, abetted, profited from letting Anderson, the butcher of Bhopal Gas tragedy sneak out of India for a personal bond of Rs 25,000. Anderson of Union Carbide was escorted out of Bhopal in a govt. vehicle. 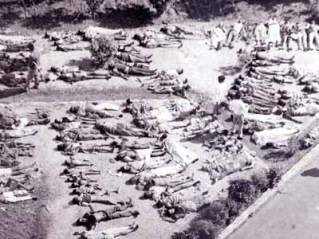 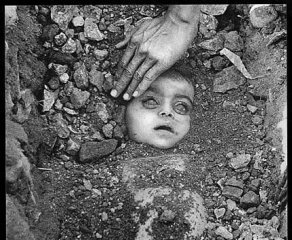 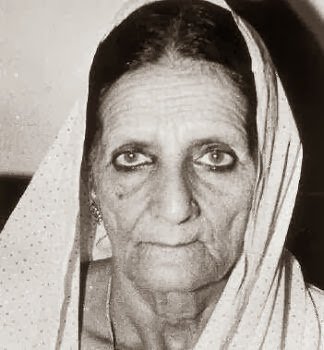 Secular Legacy: In 1985, a poor 60-year-old Muslim woman Shah Bano went to the court seeking Rs. 200/month from her husband, for supporting her 5 children after the lawyer husband deserted her, uttering Talaq-Talaq-Talaq. Both the High Court and Supreme Court ruled in the woman’s favor. However, Rajiv overturned the court with new legislation and took away the basic rights of Muslim women in India to appease the conservative clergy. 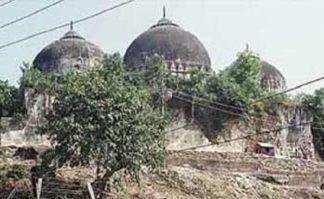 n another bid not to appear excessively pro-Muslim, in 1986, Rajiv Gandhi allowed the activists of VHP to perform “Shilanyas” ceremony near the then disputed Babri Masjid. This triggered multiple communal incidents culminating in the bringing down of the Mosque during Narasimha Rao’s regime. 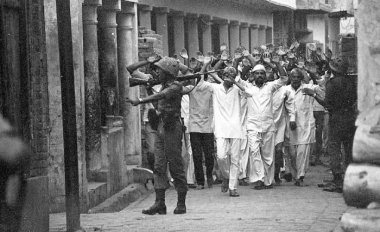 Hashimpura Massacre: On May 22, 1987, 42 Muslim youths were allegedly (the case not yet closed) killed in PAC action on MoS Home, P. Chidambaram’s orders during riots in Hashimpura, Meerut, UP. 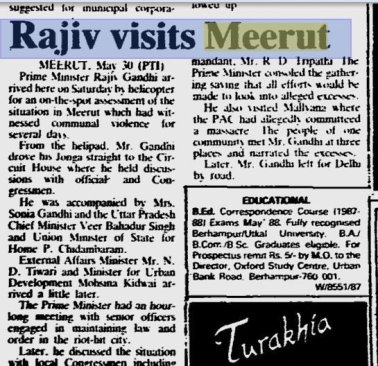 Congress was ruling both in UP as well as the center. Chidambaram with Rajiv visited Hashimpura, only to subvert the investigation. Hashimpura Massacre is a constant reminder, of just how many times Congress has cheated minorities of justice and gotten away with it. Scot-free. 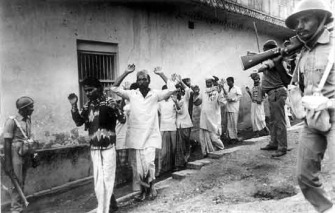 Bhagalpur Riots: In 1989 the violence between the Hindus and the Muslims in the Bhagalpur district of Bihar continued for 2 months. The violence affected more than 250 villages around Bhagalpur. Over 1,000 people (around 900 of which were Muslims), were killed, and another 50,000 were displaced as a result of the violence. Rajiv Gandhi was the PM and there was a Congress Govt both at the Center as well as in Bihar. 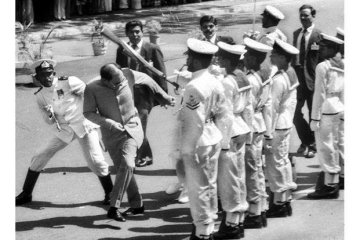 IPKF: Rajiv Gandhi’s Sri Lanka venture failed to impede the murderous campaign of the LTTE. The honorable Indian Army had barely lost in any operation it planned and it was never misused fighting random wars elsewhere. Rajiv, without consulting his cabinet, sent 100,000 armed men to Sri Lanka, without telling them about the geography of the Jaffna peninsula, nor about the LTTE hideouts.  that was widely hated as an occupying force and thrown out in ignominy. The Indian Peace Keeping Forces were called back after failing to rein in the LTTE and suffering heavy casualties. Overall 1200 armed men died and plenty more of both Tamils & Sinhalese lost lives. As a result, lost his life too.

The True Democrat: The true Democrat and the clean Rajiv Gandhi had no qualms using his political and Governmental power to overpower people he perceived were inconvenient.

In 1982, when he was not even the Prime Minister, Rajiv Gandhi publicly called Andhra chief minister T. Anjaiah a ‘buffoon’. Anjaiah was later sacked that led to Congress’s doom in Andhra Pradesh.

Among Rajiv Gandhi’s most insensitive blunder was the public gaffe of a grave proportion. In a nationally-televised press conference attended by the representatives of the Indian and international media, he sacked the seniormost official in the Ministry of External Affairs, arguably the most efficient and dynamic incumbent the country has had,  A. P. Venkateswaran.

In 1988, Rajiv introduced the notorious Anti-Defamation Bill aimed to stifle the free press. However, strong demonstrations and protests from the journalist fraternity, (most notable among them being Arun Shourie) made him withdraw the bill.

In 1990, Rajiv Gandhi unceremoniously sacked Karnataka’s popular Chief Minister, Veerendra Patil, when he was in the hospital undergoing treatment for a stroke and installed one of the most corrupt leaders as Karnataka’s Chief Minister, S. Bangarappa.

With fond memories, I wish his soul rests in peace. 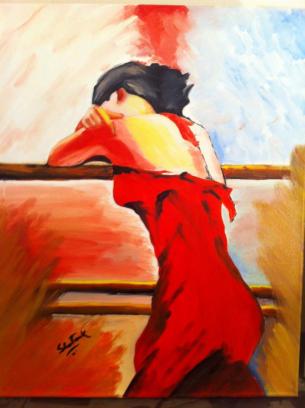 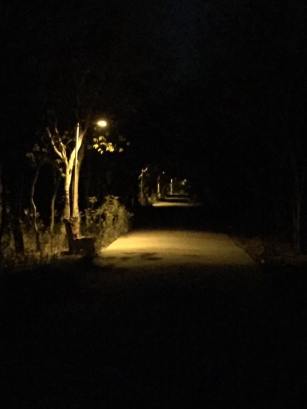 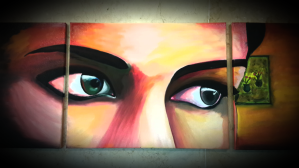 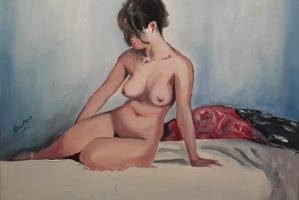 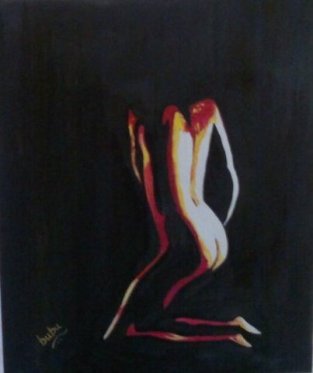 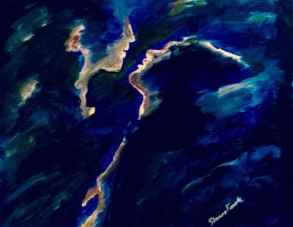 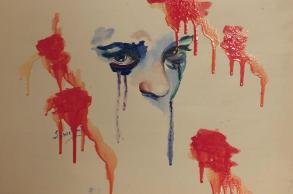