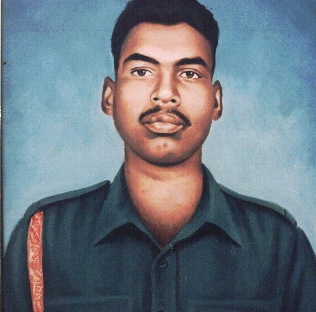 Not many people know him but he was a brave gallantry personified soldier of Mother India. This Adivasi hero single-handedly changed the course of the Indo-Pak battle in Gangasagar in 1971. Lance Naik Albert Ekka was born in Gumla, Bihar (now Jharkhand) on 27th December 1942.

Albert Ekka was the son of Julius and Mariam Ekka. Born and brought up in a poor family, he came from an Adivasi tribe in and was a devout Christian. From the time when he was a little boy, Albert was fond of hunting and like all Adivasis, he too was an expert at tracking and hunting animals, often using his bow and arrow. He was also good at games. His love for adventure and his hunting skills made him an excellent soldier. When Albert grew up he was very keen to join the army since it appealed to his sense of adventure. He was enrolled in the 14 Guards in 1962.

In 1971 Pakistan and East Pakistan (Bangladesh) were in a state of war. India joined the war to help Bangladesh. On December 3, Pakistan launched an aerial attack on India. Pakistani bombers strafed the airfields of Pathankot, Amritsar, Ambala, Agra, Jodhpur, Srinagar, Faridkot, Avanitpur, Uttarlai, Jamnagar. Time was 5.47 P.M. That was the beginning of the formal war between the two countries. But soon after the formal war broke, one of the major operations was to preempt Pakistani attack on this bordering Indian state capital Agartala from Akhaura (East Pakistan). It was on this night itself from Tripura also India launched a wholesome attack on East Pakistan. 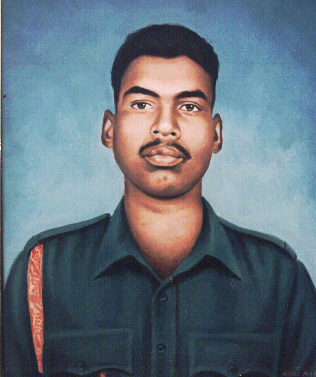 During the war, Albert Ekka was posted on the eastern front in Agartala. Albert’s troop 14 Guards were ordered to capture a Pakistani position at Gangasagar 6 km west of Agartala. The position was well fortified by the enemy; they were in good strength and in a strong position. The reduction of this position was considered necessary, as it was the key to the capture of Akhaura. Soldiers belonging to 14 Guards led by Lance Nayik Albert Ekka set off from Agartala and slipped into East Pakstan. The Alpha and Bravo Companies were told to attack Gangasagar railway station, which the enemy had converted into a virtual fortress by establishing bunkers all around. The C Company was moved out to create a diversion while the D Company stayed with the battalion headquarters. The artillery was kept on call but not brought into action since the aim was to surprise the enemy by moving into their defense silently and the big guns would have alerted them.

The Alpha and Bravo Companies were told to attack Gangasagar railway station, which the enemy had converted into a virtual fortress by establishing bunkers all around. The C Company was moved out to create a diversion while the D Company stayed with the battalion headquarters. The artillery was kept on call but not brought into action since the aim was to surprise the enemy by moving into their defense silently and the big guns would have alerted them.

It was 2 am when the men of Alpha and Bravo Companies started their march into enemy territory. Enemy soldiers had been observed walking along the track so the guards knew that the area was not mined. To maintain coordination between the two marching companies, Lance Naik Gulab Singh and Lance Naik Albert Ekka were appointed as guides to march on top of the embankment, one on either side guiding their respective companies from the height.

It was 2 A.M. when the men of Alpha and Bravo Companies started their march into enemy territory. Enemy soldiers had been observed walking along the track so the guards knew that the area was not mined. To maintain coordination between the two marching companies, Lance Naik Gulab Singh and Lance Naik Albert Ekka were appointed as guides to march on top of the embankment, one on either side guiding their respective companies from the height.

All was going well till one of the guides walked into a trip flare wire that the enemy soldiers had laid out across the railway line. The moment the device went off, it sent a bouquet of fireworks into the air, illuminating the area like daylight. The two men on top stood exposed. Just 40 yards away from where Ekka was standing was an enemy bunker with a sentry on duty outside.

Startled by the noise and light, the soldier on sentry duty shouted: ‘Kaun hai wahan? (Who is there?)’ It was 2.30 am and he was still trying to figure out if the trip wire had been set off by a man or an animal. ‘Tera baap (your father)’ replied Ekka and charging ferociously with his gun he bayoneted the enemy soldier.But Indian Army judged the enemies wrong and in

But Indian Army judged the enemies wrong and in backfire by Pakistani force, Indian troops were getting killed. This caused a very heavy causality to Albert and his company. He saw that one enemy bunker with light machine gun (LMG) is making the big damage from the bunker. Unmindful about his safety he charged the enemy bunker by firing on them from a close position. His brave act killed two Pakistani soldiers and silenced the LMG from the bunker.

Ekka with raw spirit and resolve could not only save his other injured comrades in arms but also single-handedly destroyed at least two major posts, he was severely injured. He was hit by Pakistani MMG and then LMG, profusely bleeding, limbs riddled with bullets, innards almost coming out, he managed to crawl and crawl and reach the posts one after another.

Despite the bullet in his arm, Ekka was charging like a lion. He was walking alongside Major Kohli when another bullet hit him in the neck. Kohli watched him stagger and fall. ‘But then, he quickly picked himself up, stood tall and kept walking,’ he recounts.

Albert Ekka kept fighting and motivating his company. But enemies opened a serious assault on the Indian force. This serious assault killed few more Indian soldiers. Albert was fatally injured but the safety of his men was his duty. He ran towards the enemy bunker and threw a grenade into the bunker. This killed few Pakistani but the assault was still on. He then crawled to another bunker and stabbed the Pakistani soldier to death. This saved his company from more casualties and gave time to reach at the enemy position.Then he scaled a two storied post (in

Then he scaled a two storied post (in ground floor he killed one and silenced his MMG with grenade) in Akhaura (the last one) and in the first floor bayoneted the LMG holding Pak soldier and then slept by the side of his enemy, forever. But before he died, this Adivasi Hero insured the Indian victory.Albert and his company in this process destroyed several

Albert and his company in this process destroyed several well-fortified Pakistani military posts on their way to Akhaura and ultimately forced the Pak military to retreat from Akhaura in a show of unprecedented and unbelievable valor, especially by Ekka.

But by this time he had achieved his target. He saved Agartala. Had Agartala fallen, it would have not only caused massive civilian causalities but also been a huge success for Pakistanis at least for propaganda as this city would have been the first state capital to go under the Pakistanis in 1971. Unfortunately, in Agartala we do not have anything in his name, not even many people are aware of him and his extraordinary acts that saved the city. 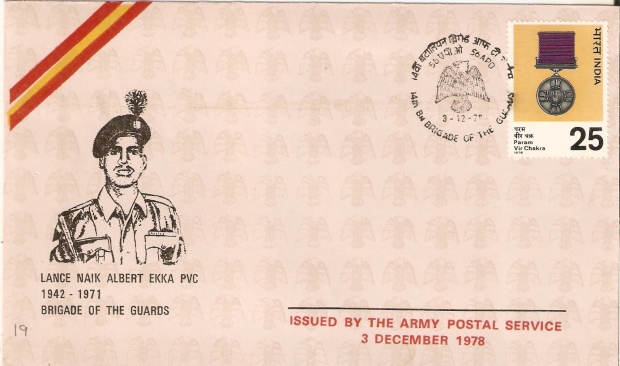 For his conspicuous bravery and determination, he was posthumously awarded the Param Vir Chakra, India’s highest award for valour in the face of the enemy. Albert Ekka is the only Paramvir Chakra in 1971 Eastern Frontier. India government had released a Postal Stamp on him too. There is also chowk (round-about) in his name in Ranchi, his hometown.

Lance Naik Albert Ekka was in the left forward company of a battalion of the Brigade of Guards during their attack on the enemy defences at Gangasagar on the Eastern front. This was a well-fortified position held in strength by the enemy. The assaulting troops were subjected to intense shelling and heavy small-arms fire, but they charged onto the objective and were locked in bitter hand-to-hand combat. Lance Naik Albert Ekka noticed an enemy light machine-gun (LMG) inflicting heavy casualties on his company. With complete disregard fo his personal safety, he charged the enemy bunker, bayoneted two enemy soldiers and silenced the LMG. Though seriously wounded in this encounter, he continued to fight alongside his comrades through the mile deep objective, clearing bunker after bunker with undaunted courage. Towards the northern end of the objective one enemy medium machine-gun (MMG) opened up from the second storey of a well-fortified building inflicting heavy casualties and holding up the attack. Once again this gallant soldier, without a thought for his personal safety, despite his serious injury and the heavy volume of enemy fire, crawled forward till he reached the building and lobbed a grenade into the bunker killing one enemy soldier and injuring the other. The MMG however continued to fire. With outstanding courage and determination Lance Naik Albert Ekka scaled a side wall and entering the bunker, bayoneted the enemy soldier who was still firing and thus silenced the machine-gun, saving further casualties to his company and ensuring the success of the attack. In this process however, he received serious injuries and succumbed to them after the capture of the objective. In this action, Lance Naik Albert Ekka displayed the most conspicuous valour and determination and made the supreme sacrifice in the best traditions of the Army. 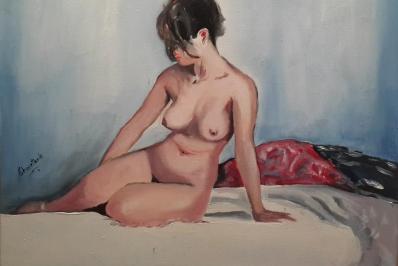 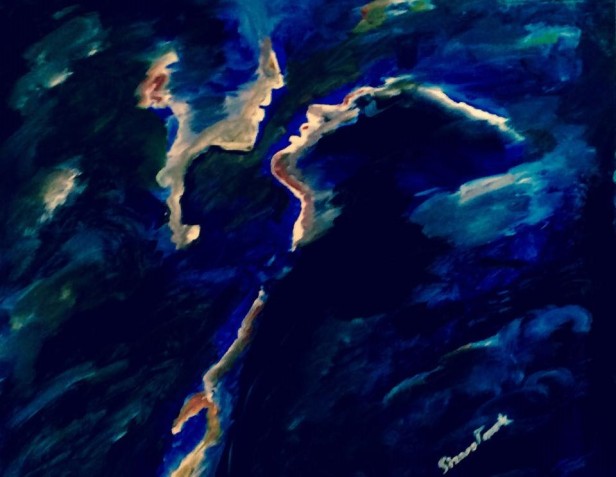