A lot of ink has flowed over the question how to define Hinduism.  There is no other religion for which the question of definition is so difficult.  A Roman Catholic could be defined as a person who is baptized by a priest ordained within an apostolic succession going back to Jesus, and who accepts the Nicean Creed and the authority of the Bishop of Rome.  A Muslim is defined by the Muslims themselves as one who has affirmed the Islamic creed: that there is no god beside Allah and that Mohammed is Allah’s prophet.  A Buddhist is one who has taken the triple refuge into the Buddha, his teachings and his community.

If we think of Hinduism in a limited context, we may think of it as a religion and then whoever is born in that religion would be considered a Hindu, i.e. a Hindu by birth or a Janma Hindu. However, in reality Hindu Dharma is an attitude; and it is far more than a religious ideology.

In the holy text the Merutantra, the word ‘Hindu’ is defined as ‘Hinani Gunani dushyati iti Hindu.’ Meaning that which destroys or dushyati the inferior Raja-Tama components or gunas (subtle spiritual components) is a Hindu. Thus, to be a Hindu is to follow a way of life that enhances the spiritually pure Sattva component and Sattva predominant qualities like love, humility, tolerance, courage, expansiveness, etc. and overcomes the spiritually impure Raja-Tama predominant attitudes like anger, attachment, jealousy, greed, lust, pride etc.

The three subtle basic components of Sattva, Raja and Tama are the very fabric of creation. Unknown to modern sciences, they permeate through all living and non-living, tangible and intangible things. The vibrations emitted by anything are dependent on its predominant subtle basic component. They also influence the behavior of all things. The proportion of these components in human beings can only be changed by spiritual practice.

Hindu by birth and action

One can be a Hindu by his actions (karma) or birth (Janma).

Karma Hindu -> is a Hindu by his deeds and qualities or spiritual components.

Janma Hindu -> is a Hindu by birth.

Since to be a Hindu is an attitude, a Karma Hindu is a true Hindu. He is Hindu by action and thought, a follower of Dharma and spreads Dharma, which is a sÄttvik or spiritually pure way of life.

How is Hinduism unique from other religions?

Hinduism cannot be neatly slotted into any particular belief system. Unlike other religions, Hinduism is a way of life, a Dharma, that is, the law that governs all action. It has its own beliefs, traditions, advanced system of ethics, meaningful rituals, philosophy and theology. The religious tradition of Hinduism is solely responsible for the creation of such original concepts and practices as Yoga, Ayurveda, Vastu, Jyotish, Yagya, Puja, Tantra, Vedanta, Karma, etc.

How and when did Hinduism originate?

Hinduism has its origins in such remote past that it cannot be traced to any one individual. Some scholars believe that Hinduism must have existed even in circa 10000 B.C. and that the earliest of the Hindu scriptures – The Rig Veda – was composed well before 6500 B.C. The word “Hinduism” is not to be found anywhere in the scriptures, and the term “Hindu” was introduced by foreigners who referred to people living across the River Indus or Sindhu, in the north of India, around which the Vedic religion is believed to have originated.

What are the basic tenets of Hinduism?

There is no “one Hinduism”, and so it rejects any unified system of beliefs and ideas. Hinduism is a conglomerate of diverse beliefs and traditions, in which the prominent themes include:

Moksha (liberation from the cycle of Samsara)

What are the key Hindu scriptures?

The basic scriptures of Hinduism, which is collectively referred to as “Shastras”, are essentially a collection of spiritual laws discovered by different saints and sages at different points in its long history. The Two types of sacred writings comprise the Hindu scriptures: “Shruti” (heard) and “Smriti” (memorized). They were passed on from generation to generation orally for centuries before they were written down mostly in the Sanskrit language. The major and most popular Hindu texts include the Bhagavad Gita, the Upanishads, and the epics of Ramayana and Mahabharata.

What are the major Hindu deities?

Hinduism believes that there is only one supreme Absolute called “Brahma”. However, it does not advocate the worship of any one particular deity. The gods and goddesses of Hinduism amount to thousands or even millions, all representing the many aspects of Brahma. Therefore, this faith is characterized by the multiplicity of deities. The most fundamental of Hindu deities is the Trinity of Brahma, Vishnu and Shiva – creator, preserver and destroyer respectively. Hindus also worship spirits, trees, animals and even planets.

Who is a Hindu and how to become one?

A Hindu is an individual who accepts and lives by the religious guidance of the Vedic scriptures. While the teachings of the Hindu tradition do not require that you have a religious affiliation to Hinduism in order to receive its inner teachings, it can be very helpful to formally become a Hindu because it provides one a formal connection to the “world’s oldest continually existing enlightenment tradition.”

Saints on: Who is a Hindu?

Sometimes, people who would like to follow the Hindu way of life or be called Hindu, inquire about ritualistic procedures, such as dikshÄ to convert into Hindu Dharma. From time to time we also hear about people being accepted into Hindu Dharma after such rituals, which are performed by Hindu Dhaarmik authorities. Here we present some teachings by Hindu Saints on who is a Hindu:

His Holiness Sree Gulabrao Maharaj on who should be called a Hindu:

1. One who accepts thr Vedas, Vedaangs, Puraanas and related sects and one who has been born in a traditionally Hindu family.

2. One who sincerely accepts the above is also called a Hindu by initiation – Deeksha Hindu.

3. One who does not accept either of the above, but has been born to Hindu parents is merely Hindu by birth – Janma Hindu.

The best definition is if both factors are present, but if only one of the factors is present, I consider the definition of Hindu by initiation to be superior.

His Holiness Kane Maharaj on the definition of a Hindu:

1. One who despises Raja-Tama predominent, inferior attitudes and the resulting inferior physical, verbal and mental actions,

2. One who is immersed in Sattva predominent attitude and hence, one who considers worship of the divine (spiritual practice) as the sole purpose of life and attains God – realization and

3. One who follows the matchless path (Karmyoga) to guide society (in spiritual practice)

Should be called Hindu. This is an expansive definition of the word Hindu. Thus, Hindu is a spiritually pure (Sattva predominant) attitude. It means to be a seeker (saadhak) of the divine.

5 thoughts on “Who is a Hindu? What is Hinduism?” 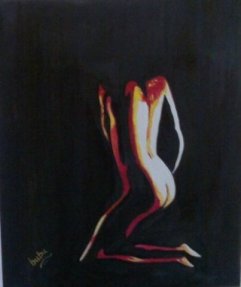