At a time, Bihar is witnessing the double disaster of the rapid spread of the Corona Virus and a disastrous flood, CM Nitish Kumar is more focused on Sushant Singh Rajput murder-mystery. There’s nothing wrong with responding to popular demand, but that cannot be the top priority at such a devastating time.

CM responding to media queries is still fine. But his deputy, Sushil Modi crossed all the lines when he started responding to what Congress is doing in Rajasthan.

Honestly speaking, this “Niku+Sumo” duo are the most Nikamma politicians India has today. They are nothing more than an election force because the opposition is beyond reconciliation. There’s no governance element in their politics. Nitish did a bit to move Bihar up from the lowest possible base. But then has just seized up. The fact is, post-Lalu’s JungleRaj regime, even if a govt did nothing, it would have felt like “Sushasan.” Both these lazy asses do nothing except setting their eyes on the next election. All 5 years, both of them are perpetually busy on the next election narrative.

The Bihar BJP is the worst bunch of lazy, casteist politicians.

As per the reports from the ground, there’s a massive community level spread. But the malicious attempt is to suppress the news. Much smaller states like Haryana, Punjab, & J&K have done more tests than Bihar. 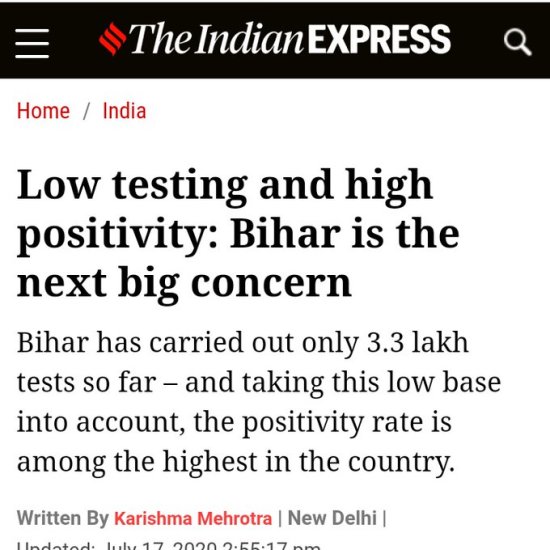 Bihar is among the top five states with the fastest growth of COVID cases and that’s a cause for serious concern because it is also the state with the poorest health infrastructure in terms of hospital beds and ICU beds per lakh population. Bihar also has the lowest testing rate in the country, a mere four tests per 1,000 persons, which could mean a large number of undetected cases and continuing spread. In the case of Bihar, the IMA’s district-wise data on membership shows that more than half the doctors are concentrated in just three districts, Patna (33.5%), Darbhanga (8.9%) and Muzaffarpur (8.6%). Thus even within the state, healthcare availability is severely skewed. The worry is that if cases continue to grow at this rate, Bihar could face a major health crisis given the poor state of health infrastructure.

Just look at this picture. In the background, is a designated COVID CARE CENTER. This is the state of healthcare. You can imagine the plight!

Nitish Kumar is brazenly incompetent. And this shameless man Sushil Modi’s governance is limited to – give a statement, get it published, then tweet its paper cutting. 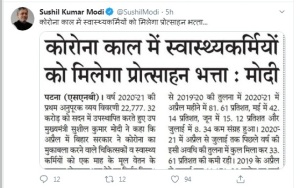 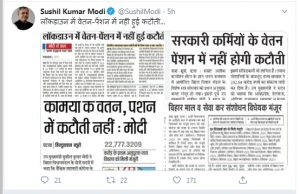 Can you believe this? It is beyond my comprehension.

Now, here are a few clips on the COVID MIS-Management of the Bihar government. If after seeing these one’s blood doesn’t boil, its water.

The situation of #Corona in #Bihar under #SushasanBabu @NitishKumar and his Deputy @SushilModi
Video clips in 2 parts: If after seeing these one's blood doesn't boil, its water.
1. https://t.co/0uqPouIz8P
2. https://t.co/uVzYmcY1Jw

This is how COVID patients are being carried in an ambulance to hospital:

Sharing a few clips here on the COVID Management of #Bihar government under the leadership of @NitishKumar and his deputy, @SushilModi.
This is how, COVID patients are being carried in an ambulance to hospital: pic.twitter.com/lVBGnLpPFq

This is the state of Nalanda Medical College Hospital (NMCH), the number two hospital of Bihar. For all practical purposes, these hospitals remain death chambers, after 15 years of governance of Sushasan Babu and his deputy.

This is the state of Nalanda Medical College Hospital (#NMCH). The number two hospital of Bihar.
For all practical purposes, these hospitals remain death chambers… after 15 years of governance of #SushasanBabu @NitishKumar and his deputy @SushilModi https://t.co/32jCfhyWNp

The flood situation in Bihar is wreaking havoc once again and worsening everyday as water from overflowing rivers inundating fresh areas. Millions of people across several districts apart from livestock and assets worth millions are seriously affected. 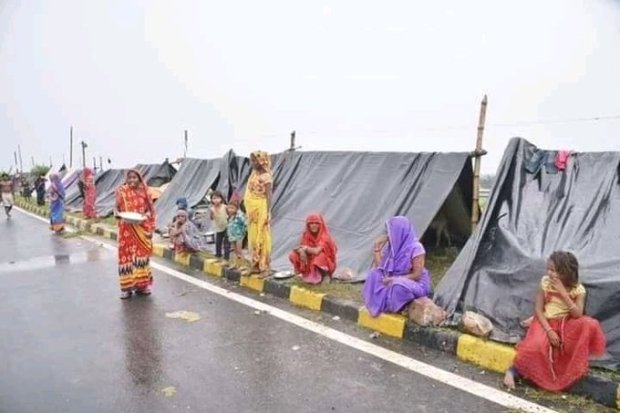 Nothing new. The north Bihar is living under the recurring threat of flood devastation year after year. But there has never been any solid measures to take on this menace. Every year people are forced to stay on the roads and spend their sleepless nights in plastic tents with hungry children.

And his followers call him Sushasan Babu. The fact is, that the Nitish-led JDU-BJP Govt. has failed in controlling COVID as well as flood. In a do-or-die battle, Bihar Govt would rather have its citizen die.

Biharis have learned to live a struggling life without any government support, fighting every battle on their own. But they will not give-up voting for their caste.

We Biharis are deservingly cursed. 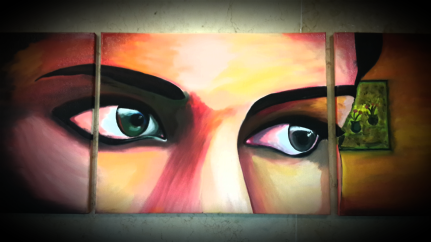 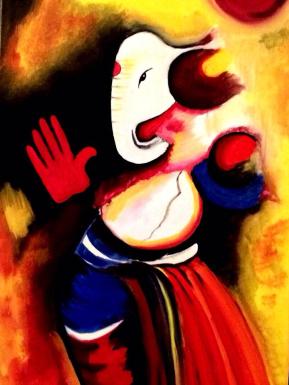